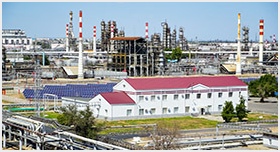 Since the development of the construction site of the oil refinery in the village of Samara, a high rate of development has been taken. The construction, which was commissioned by Tolyattinsky Plant of Solvents and Oils, began in the second quarter of 2012. In December of the same year, the company received all the permits for the operation of the refinery, and the plant began work.

In November 2014, the Company completed the implementation of a particularly significant milestone in the investment program. The refinery reached the volume of oil refining of 100 thousand tons per month. In the same year several projects were completed: the construction of a warehouse of petroleum products with a capacity of 50,000 tons, modernization of the railway overpass and power supply system.

At the end of 2016 Sberbank and Tolyattinsky Plant of Solvents and Oils signed an investment agreement, the purpose of which is the implementation of a large-scale project to modernize the existing production, including the construction of a bitumen production unit, diesel fuel hydrogen refining unit (for DT Euro class 4) as well as hydrogen refining and catalytic reforming of straight run gasoline.

The development strategy of the Tolyattinsky Plant of Solvents and Oils determined by the complex modernization Program planned for the years goal is to improve the quality of motor fuels and increasing the depth of oil refining in accordance with the requirements of Technical regulations. The Program was made possible thanks to the support of shareholders of the company.

The result of the first phase, which includes five of the eight envisaged complexes was the release of fuels of class Euro-5, increasing the oil refining depth, yield of light oil products. The second stage (6 and 7 start-up complexes) will increase the output of light petroleum products. With the completion of the third and final phase of modernization, the depth of processing will exceed more and the yield of light oil products will step over the threshold of 76%.

Successful performance in oil refining and the production of quality products in accordance with environmental class 5, increase the depth of processing – the result at the Tolyattinsky Plant of Solvents and Oils modernization Program.

Enterprise modernization will continue. In 2019 it is planned to put into operation two new features: the installation of a vacuum distillation and the second technological line of SRU. Will start work on the construction of steam boiler No. 2, an important part of the full operation of the hydrocracker. One of the most important projects of the new year – the construction of a delayed coking unit (DCU), which will allow the production of additional raw materials – heavy coking gasoil – full load hydrocracking. With the introduction of ultrasonic testing Tolyattinsky Plant of Solvents and Oils plans as effectively as possible to process oil, fuel oil production. The depth of processing of crude oil must exceed 76%.

Company Board of Directors. 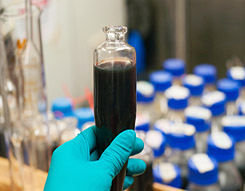 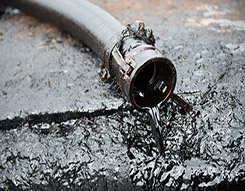 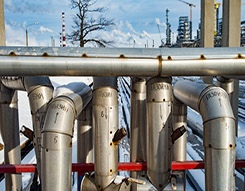